Pin It
Remember the Princess Finger Puppets that I made a week or so ago? Well they've been featured on "Sew Cute Tuesday" @ The Creative Itch. Which means I get my first featured on button!! :) So once I finally pick my new blog design I've another page to add to display my button! 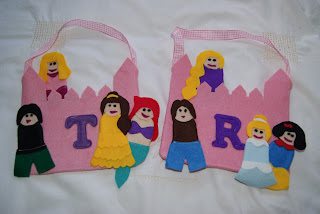 This also reminded me that I hadn't actually got around to sending these puppets to their new home! I remember being a kid and always being so jealous of all the post that my parents got (if only I had known that most of those were bills!). So rather than give my cousin's their presents in person I thought it'd be fun to post them. 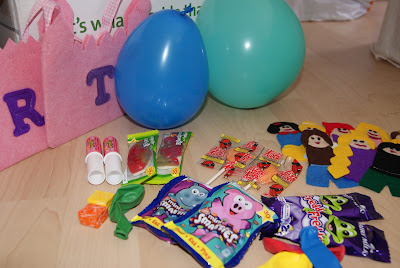 I had seen a great idea on pinterest (from She's Crafty) for sending kids money on their birthdays. You put the money inside balloons, inflate them and send the child a box of money filled balloons! So I decided to put my little puppets and some sweets into balloons for the girls!

It was a bit tricky getting them into the balloons at first but in the end I just stretched them as much as I could, folded up the finger puppets and squashed them inside. Once I blew up the balloons they popped out into their normal shape (and no-one lost an eye!) 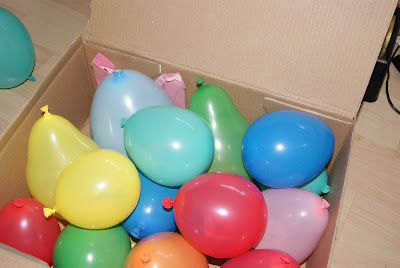 The finished box! What kid wouldn't love to receive this in the post!! :)

Things I've Learnt:
- Putting lollipops inside balloons is not such a good idea... unless you like the sound of balloons bursting!

Linked up at Ladybug Blessings, New Nostalgia, The DIY Dreamer, Craft Junkie Too, Thirty Handmade Days, Chic on a Shoestring Decorating
Posted by Being Inspired at 01:19