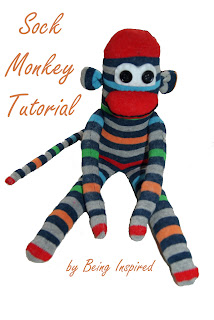 I've been meaning to make a sock monkey for ages, even had the perfect socks chosen and waiting. So I finally got around to it and let me tell you - sock monkeys rock!! It takes a while to sew all the parts on but the result is so worth it. :) 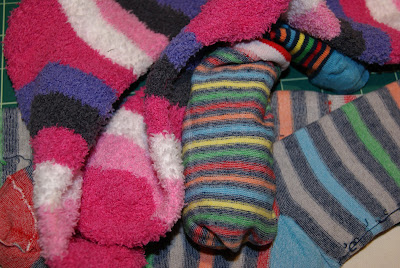 Wanna make one of your own? You could buy one

but making it yourself is half the fun! Grab some socks! Stripey ones look very cute and make it easy to match up the sides when sewing. 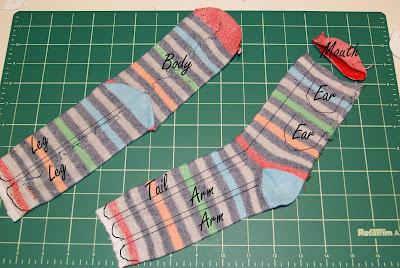 Lay out your socks like this (inside out) and press them. Then mark out your pattern. The first time I cut out all the pieces first and then sewed them. Big mistake! It's way easier to sew first and then cut. :) 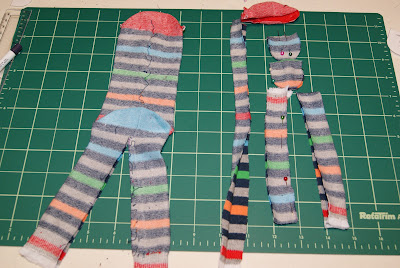 Here's the pieces all laid out. When you sew his legs make sure to leave a gap at the top so you can turn it and stuff his body and legs. 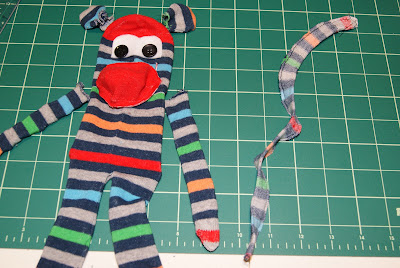 Turn all the pieces bar the tail the right way out. Cut out a bit of white felt and pick some buttons for his eyes. 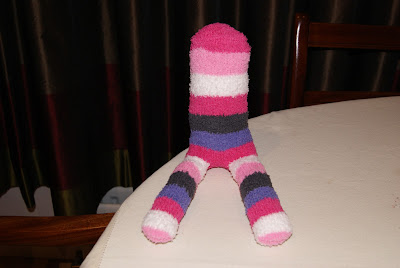 Stuff his body and legs. Sew up the gap using a ladder stitch. 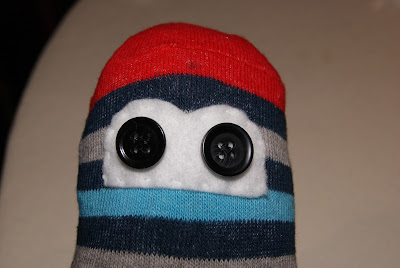 Next sew his eyes onto the felt. Then sew the felt onto his little face. 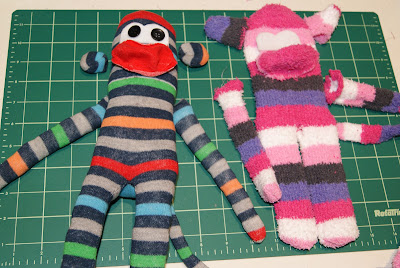 Stuff his arms and ears and sew the open end using a ladder stitch. Fold the ears in half and sew the bottom to make them look rounded and pinched. 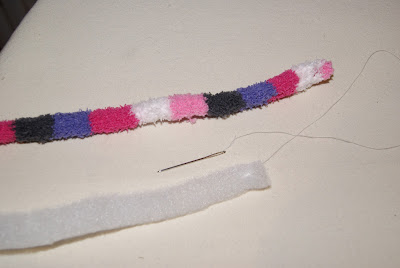 Stuffing the tail is probably the trickiest part. For the normal sock one I just took a darning needle, threaded it and knotted the thread. Then I sewed a few stitches into a long piece of batting and fed the needle through the tail. Pull it out through the very tip and then gently pull the thread so it moves the batting all the way through the tail.

For the fleecey one this just didn't work!! I think my batting may have been too wide or something but it kept breaking as I pulled it through! In the end I sewed a separate line of thread through the batting to make it more secure and then it worked okay. 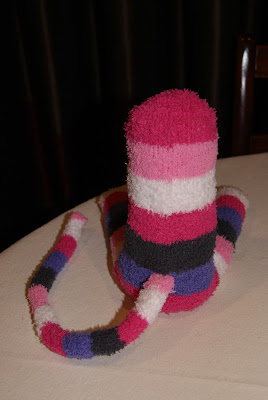 Then sew your tail in place. 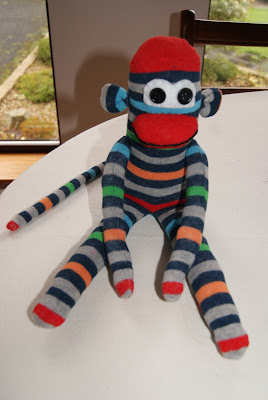 And sew on his arms and ears.
Pin his mouth in place and sew 3/4 way around, stuff and then sew the rest. Use embroidery thread to sew on his mouth (use a backstitch). 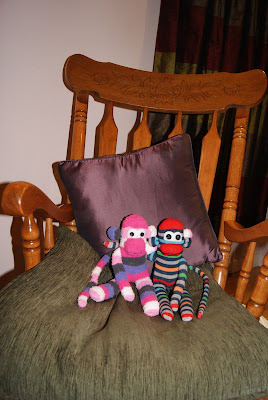 Then let your little guys rock out. 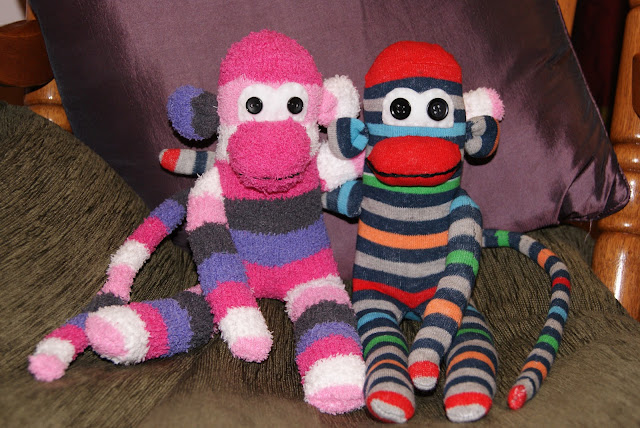 Things I've learnt:
- Sewing fleece is a pain! The sewing machine did not like it! And its really hard to see the lines you've sewn when it comes to cutting. But thankfully it's also really hard to see the hand sewing you patch up your mistakes with! :)
- Make sure to sew the eyes onto the white felt first before you sew the white felt onto your sock monkey's face! Much easier. (I learnt the hard way...)
- Use good quality socks, my non-fleece monkey is a little see through now he's stuffed. :(
- Two sock monkeys are even cuter than one.

Linked up to Milk and Cuddles, Earning my Cape, Ginger Snap Crafts, Southern Lovely, Sugar and Dots, Michelle's Tasty Creations, The Crafty Blog Stalker, Thirty Handmade Days, It's a Hodgepodge Life, Ladybird Ln, It's a Blog Party
Posted by Being Inspired at 22:25